Reflections on Faith and Life for the Years of Winter… 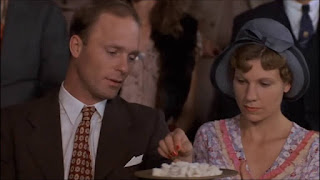 Day breaks late in Bloomington, even in summer, because we are at the western edge of the Eastern time zone. So the first hour or two that I am up, I sit in the darkness of our living room or patio—which one varies according to the weather—and sip my coffee and let my mind go where it will. This morning it went to the sanctuary of the Arcola, IL UMC, my last pastoral appointment before retirement.

Interestingly, the faces that stood out as I looked into the congregation from the pulpit were people who were there only once…

…Ronald Nelson and John and Norma Blackburn, from my school days in Oakland City. Mr. Nelson was my 7th grade teacher. Norma was the high school secretary. John ran the Standard station and sold me tires for my first car.

…Earl and Martha Davis. Earl was a colleague in the College of Fellows in the Academy of Parish Clergy. They drove over from Indianapolis the night before my final Sunday in that pulpit and secreted themselves in a motel so that they could surprise me by just sitting there on Sunday morning.

…Leroy Foster. He had been a member of the church in Orion, IL when I pastored there. Leroy drove all night from Russellville, AR to get to Arcola by 10:30 Sunday morning.

What I see now is very much like the last scene in the movie, “Places in the Heart.” It is in the church in the small town. It is communion Sunday. Folks are sitting in the pews and passing the communion plate one to another. In those pews are all the people who were in the story, including those who died along the way. Each has a place in the heart, even though some no longer have the same bodies.

That’s the nature of communion, which we acknowledge and celebrate with the ritual of communion in worship. Ronald and John and Norma and Leroy and Earl and Martha… all part of my community, along with so many others, even though we shall never be together again in these earthly bodies. But we are in the same body of community. In church, in worship, in communion, we call that the body of Christ.

Okay, so I am breaking my vow to “write no more forever,” but this is really just me thinking in ways that you can see.

Posted by John Robert McFarland at 3:08 AM