Reflections on Faith & Life for the Years of Winter: 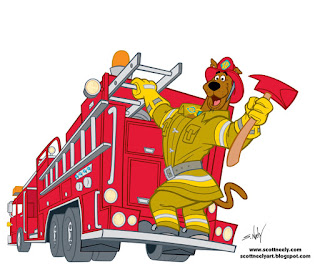 A friend—sorry, but I have forgotten which one--told us this story…

A man was on a plane. He could tell there was trouble because the flight attendants were paying no attention to the passengers. They were strapped in and hugging each other and crying.

The pilot, knowing there were many people returning from a Special Olympics on the plane, used simple terms as he spoke over the PA system and tried to calm everyone.

“You won’t see any other planes on the ground as we land,” he said. “They’ve been removed just for convenience. You will see a lot of foam on the runway, but that’s just a precaution. At the end of the runway you’ll see a fire truck…”

Suddenly, from the back of the plane, came an exultant, “Fire truck!”

The man said the mood in the plane changed immediately. He had been praying, repenting his sins, regretting his missed opportunities, grieving his loved ones. Suddenly, instead, along with everyone else on the plane, he was looking forward to seeing a fire truck.

Sometimes I feel like I’m on a plane bound for a disastrous crash. There is nothing I can do except repent and regret and grieve. And vow that if I survive, I’m going to get on a better plane next time. In the meantime, the best thing to do is find the fun thing to look at. Fire truck!

Posted by John Robert McFarland at 2:32 AM